The rise and rise of Vegan Baked Goods

While the vegan sausage roll grabbed all the headlines for the past two years, we’re predicting that in 2021 it will be all about the vegan baked sweet treats: from vegan brownies to plant-based cakes and everything sweet and delicious in between.

Demand for vegan baked goods has long been rising at an exponential rate, and while savoury vegan goods have been flying off the shelves, the vegan cake market has taken a little while to catch up. But with innovations in factors like mouthfeel, ingenious new ingredients lines and renewed interest in sustainability, the vegan bakery market is set to explode.

The state of the nation

There are no two ways about it: vegan has become the fastest-growing health trend, and it doesn’t look likely to stall any day soon. According to one survey, by 2019 there were 600,000 vegans or 1.16% of the Great British population.

Back in 2014, committed vegans only accounted for 0.25% of the population. It’s hardly surprising though that vegans and vegetarians are predicted to make up a quarter of the country’s consumers by 2025, with flexitarians – or semi-vegetarians – making up just under half of the British population.

Veganism is more than just a trend though, it’s a shifting tide. It’s here to stay for now and well into the future. Over half (56%) of Brits adopt vegan buying behaviours such as buying vegan products. And with 45%  of the Earth’s land is used for farming livestock in some way, and food production accounting for over a quarter (26%) of global greenhouse gas emissions, interest in sustainable solutions to food production is at an all-time high. And we predict it will continue to be one of the main contributing factors to consumer choices for years to come.

And companies have responded: 2020 was the year that every single one of the UK’s top supermarkets proudly stocked their own vegan range and the year that every top restaurant in the country followed suit by offering their own plant-based or vegan dishes. The inclusion of vegan meals being so readily available up and down the country is playing a pivotal role in boosting the vegan baking ingredients market.

However, much of the growth to date has been generated by ready meals (in 2020 16% of ready meal sales in the UK were plant-based, compared to 3% in 2018) or meat-alternatives (within Europe meat-free substitutes grew by a massive 451% between February 2014 and February 2018). So why have vegan cakes been slower to take off, and what can we do about it?

Get Bakels articles delivered to your inbox

You could be forgiven for wondering if vegans don’t have a sweet tooth, however, the answer is more likely to lie with consumer perceptions. Research by Mintel found that just 21% of shoppers thought that vegan cakes sounded appealing. To be fair to vegan baked goods they’ve got a tough act to follow: unlike sausage rolls, sweet treats rely on lashings of butter, cream and eggs to give it that creamy, moreish texture. Once you remove these dairy-based ingredients from a cake, consumers may be concerned that the taste has been compromised.

Retailers, of course, know this is far from the case. Many have introduced vegan baked goods with great success, and in response, bakery ingredients manufacturers have invested further to develop ever-more ingenious solutions to capturing that important mouthfeel and texture. At British Bakels, our range now extends to over 40 vegan-friendly ingredients for cake, and confectionary alone. In 2020 we added lemon, orange, chocolate and caramel ready-to-use cream fillings and all bake-stable and freeze/thaw stable. The addition of Rich Chocolate Brownie Complete, to which only water is added, provide the perfect indulgent treat consumers are seeking, which taste great topped and filled with the cream fillings. We kick off this year with the introduction of vanilla and raspberry fillings, both carrying the same consumer and customer advantages.

So far from being a step too far, the vegan cake industry is just a step behind – but taking massive strides to catch up. Savoury vegan items have had several years already to grab their share of the plant-based market, and consumers are used to seeing and enjoying these choices. By comparison, non-dairy baked goods are still new and will have to work hard to build up their reputation.

Regardless, it’s not likely to be long before vegan brownies are as ubiquitous as vegan sausage rolls. According to Fact.MR global vegan baking ingredients, sales are expected to see a CAGR (compound annual growth rate) of 7% through to 2028. So what can vegan brownies and co do to shake off their unappealing reputation?

Most important is for the vegan bake to overcome the idea that it is inferior to the regular version. Ingredients will continue to innovate in order to maintain – and sometimes exceed – taste, texture and mouthfeel of conventional baked goods. Vegan bakery producers will need to ensure that finished products have the same visual appeal as their non-vegan counterparts. For buying sweet treats, consumers are led by what they can see, and this is an important sensory part of the purchase process. Cakes and other sweet things are seen as treats, they’re an indulgence and so everything from how they look, how they taste and how they make the consumer feel is vital.

In the future vegan goods will be enjoyed not because they’re vegan but because of how they taste. Bakery ingredient manufacturers will continue to innovate to make this happen and this is certainly central to British Bakels strategy. Perfecting vegan ingredient technology will greatly enhance the mouthfeel and texture of plant-based goodies until they are indistinguishable from traditional bakes.

Getting your marketing messages just right can help drive sales of vegan brownies and other sweet goods. While consumers may think vegan equals dry and tasteless, the words we use to describe vegan products can go a long way to addressing this. Descriptive words can tempt even ardent meat-eaters. Who wouldn’t want to snap up a moist vegan brownie with a perfectly cracked top, or a rich vegan cake topped with creamy, dairy-free icing?

Your key messages should also reflect that people opt for a vegan diet for many reasons: health, animal welfare, and environmental. By focusing on just one of these, you could miss out on the rest of the vegan market. What’s more important is to focus on the taste – everyone wants a tasty cake, the fact it is vegan could be incidental. 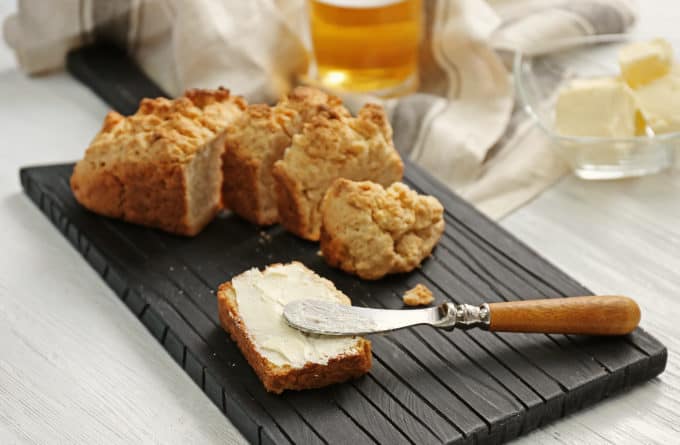 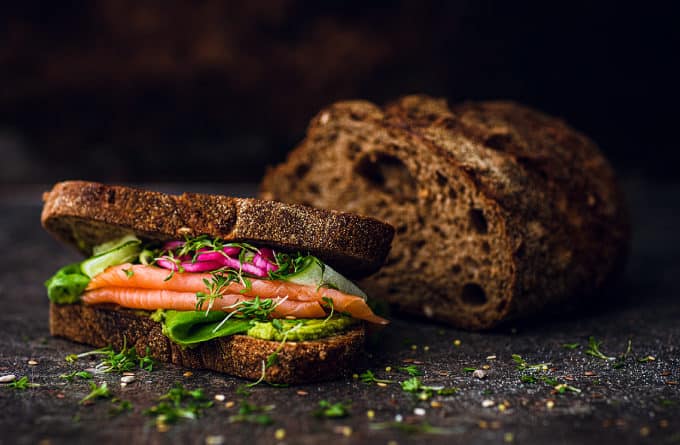 What has trend research revealed about consumers’ bread preferences and why? We explore the stats. Read more. 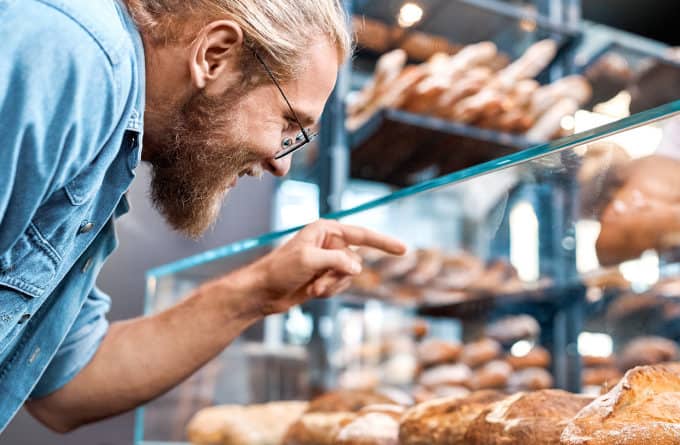 The outbreak of the novel Coronavirus shapes our global economy and consumer markets. We examine the big shifts that are ... 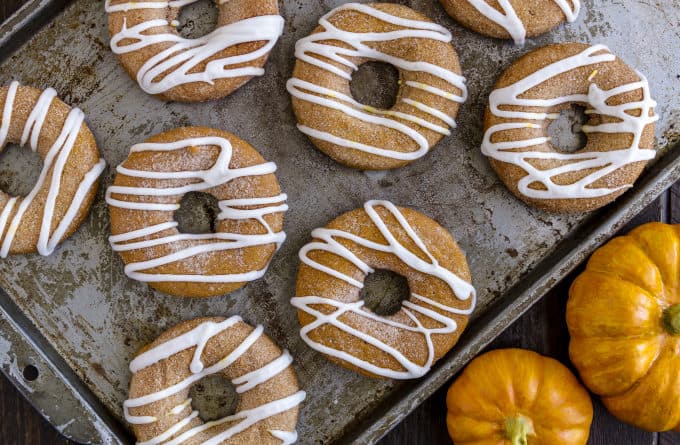 For bakers, Christmas 2020 is set to bring new trends, while dragging along some of 2020s less-desirable restrictions. Find out ... 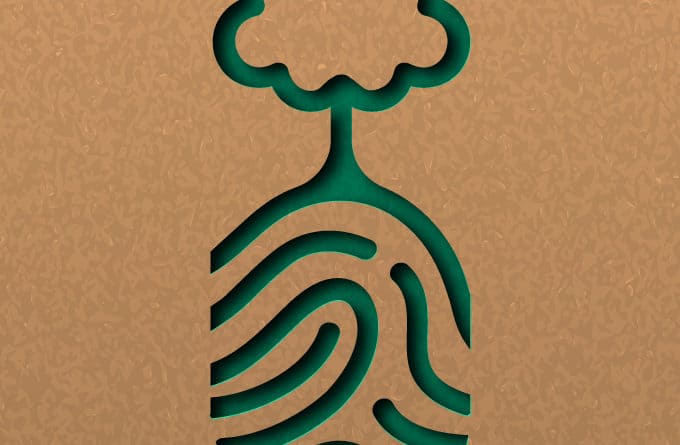 Consumers care about your Packaging

British Bakels looks at consumer demand for green packaging & how the industry is responding. 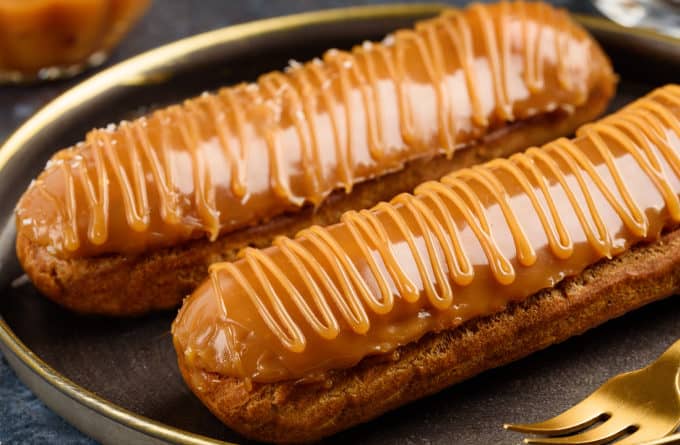 Why is caramel such a big hit with the nation? We explore the reasons for this and how bakers can ... 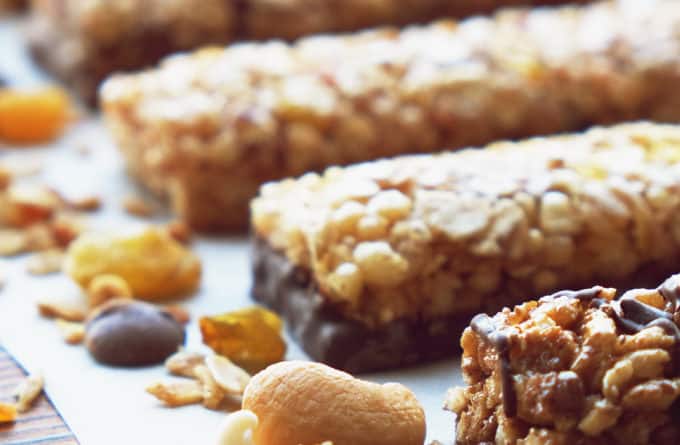 Bakery food-to-go sales are set to grow £400m by 2022. Read how healthy options and the food-to-go market are changing ... 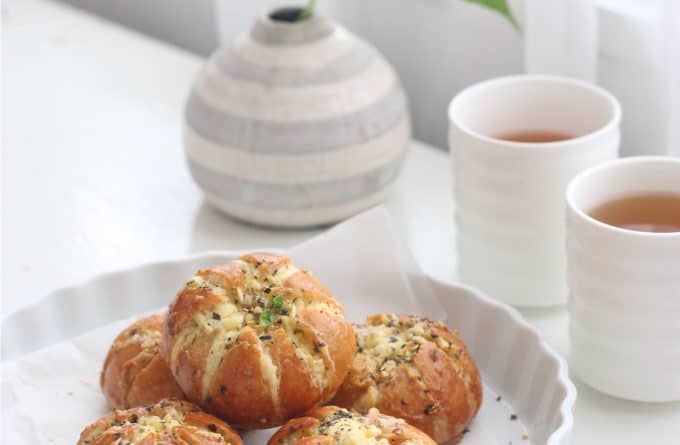 Global flavours for your local bakery

A round-up of international flavours to inspire your bakery NPD and increase your customer base. 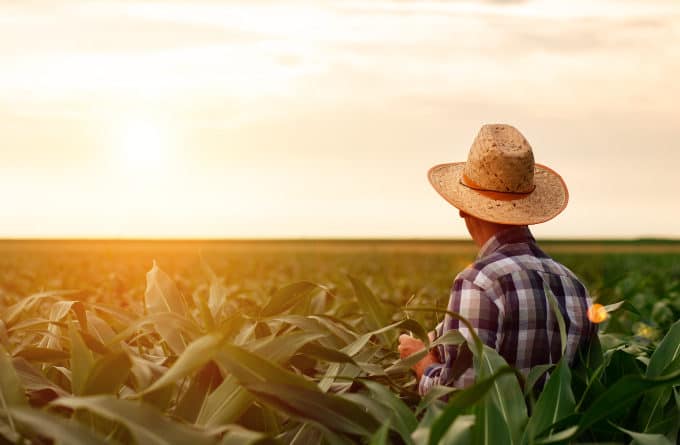 How Bakeries Can Support Climatarian Customers

A growing band of consumers are shunning or reducing certain foods based on the impact they have on climate change. ... 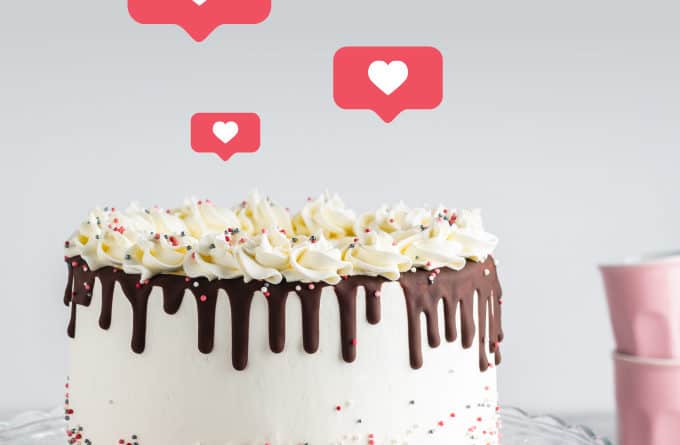 Here’s a rundown of London’s finest. They are excellent examples of how to use social media to grow your bakery. 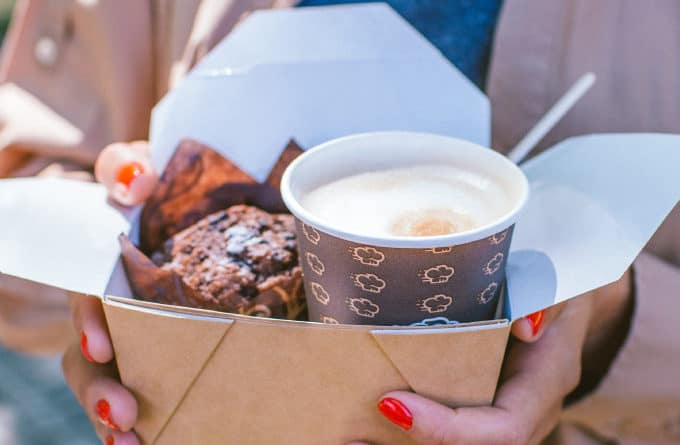 What does the road ahead look like for bakeries? Bakels explores what's next and highlights key trends to watch. 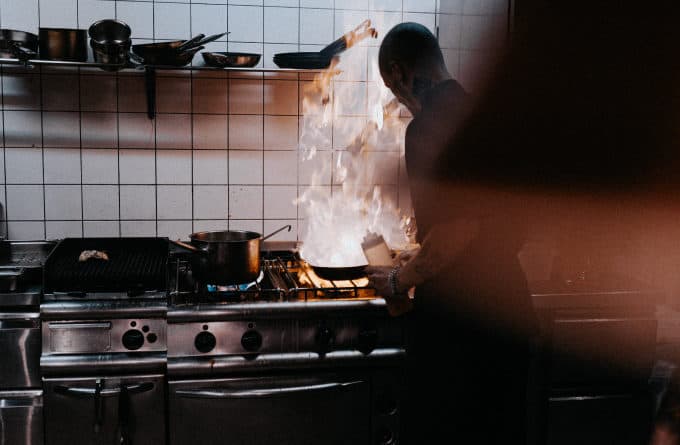 No kitchen? No worries.

Exploring the evolution of food delivery, leading to a rise in ghost kitchens. Read More. 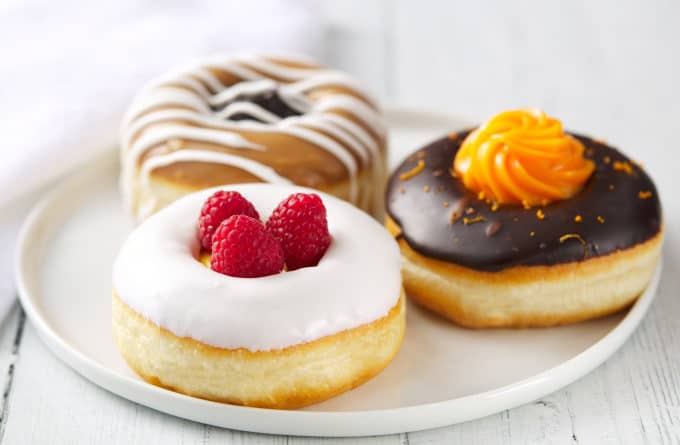 There's nothing quite like doughnut toppings and fillings that explode with taste to partner your tea or coffee with, is ... 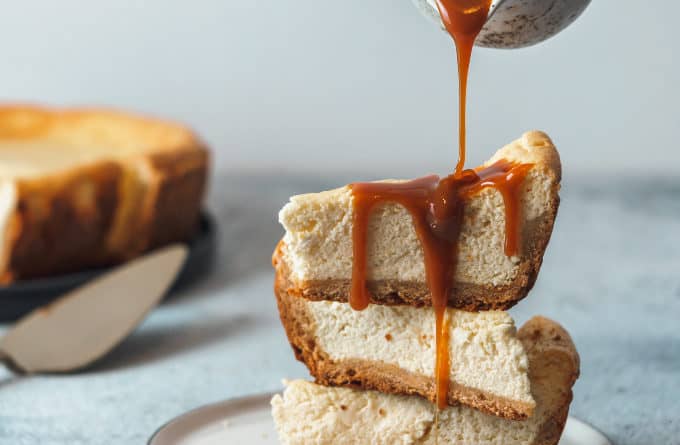 The only way is up for Caramel

Why has caramel captured and kept our favour? What does this ingredient offer us as bakers that keep us inventing ... 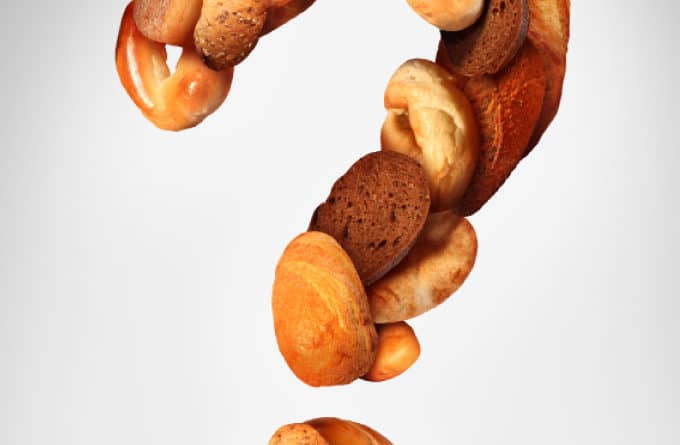 Why would you use Bread Improver?

For bakery of all sizes, bread improver has been common practice for many years. Read more about it here.